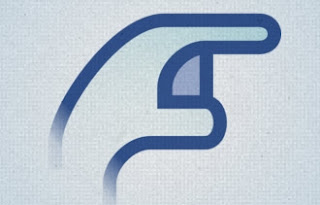 Social networking site Facebook has launched a new app which erases pictures and messages within 10 seconds of being sent.
It is an advanced version of one of the social networking site’s original apps, the ‘poke’.
The equivalent of a head nod or wink, the ‘poke’ in its old form is rarely used today as Facebook has become more advanced.
It has been reinvented to be called ‘Facebook Poke’ and allows users to send fleeting messages, pokes, photos & 10-second videos to friends. The message expires after a set period of time, from 1 to 10 seconds, and cannot be retrieved by either party again, making it perfect for sending salacious images without leaving a trail.

“With the Poke app, you can poke or send a message, photo, or video to Facebook friends to share what you’re up to in a lightweight way.”

When you open the app, you can choose from a set of icons at the bottom of the screen to send a poke, type a 120-character message, open the camera to snap a picture – you can choose an existing photo – or shoot a 10-second video.
You can decide how long you want the recipient to see the message for.

It is said that the new facility is similar to Snapchat, an app which is popular with younger age users, and which is gained a reputation as a tool for sending risqué messages.

“If you ever see something you’re uncomfortable with, you can click the gear menu and report it.”