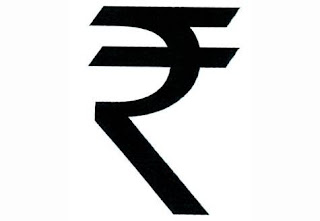 , in Unicode U+20B9 ₹ indian rupee sign (HTML: &#8377;), is the currency sign used for the Indian rupee, the official currency of India. It is relatively new, the design having been presented to the public by the Government of India on 15 July 2010, following its selection through an open competition among Indian residents. Before its adoption, the most commonly used symbols for the rupee were Rs, Re or, if the text was in an Indian language, an appropriate abbreviation in that language. The new sign relates to only the Indian currency; other countries that use a rupee, such as Sri Lanka, Pakistan and Nepal, still use the generic U+20A8 ₨ rupee sign character.

The design resembles both the Devanagari letter "र" (ra) and the Latin capital letter "R", with a double horizontal line at the top.

On 5 March 2009, the Indian government announced a contest to create a sign for the Indian rupee. During the 2010 Union Budget, Finance Minister* Pranab Mukherjee mentioned that the proposed sign would reflect and capture the Indian ethos and culture. Five signs created by Nondita Correa-Mehrotra, Hitesh Padmashali, Shibin KK, Shahrukh J Irani, and Udaya Kumar had been short-listed from around 3,331 responses received and one of them was to be finalized at the Union Council of Ministers of India meeting held on 24 June 2010. The decision was deferred by a request of the Finance Minister, and it was decided when they met again on 15 July 2011, and selected the symbol created by Udaya Kumar son of N. Dharmalingam, a former DMK MLA.

How to Install in Windows PC: 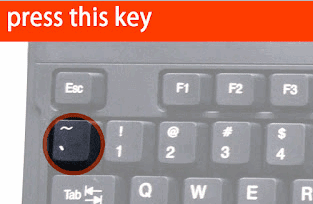 Smart deals for you