How to activate Windows 7 and make it genuine

Saturday, August 11, 2012 0 PC Tricks, Software, Windows 7/8/XP
A+ A-
Print Email
Hello friends as you know that Windows 7 is the current release ( Windows 8 yet to be launched by October ) of Microsoft Windows, a series of operating systems produced by Microsoft for use on personal computers, including home and business desktops, laptops, netbooks, tablet PCs, and media center PCs. Windows 7 was released to manufacturing on July 22, 2009,and reached general retail availability worldwide on October 22, 2009, less than three years after the release of its predecessor, Windows Vista. Windows 7's server counterpart, Windows Server 2008 R2, was released at the same time. 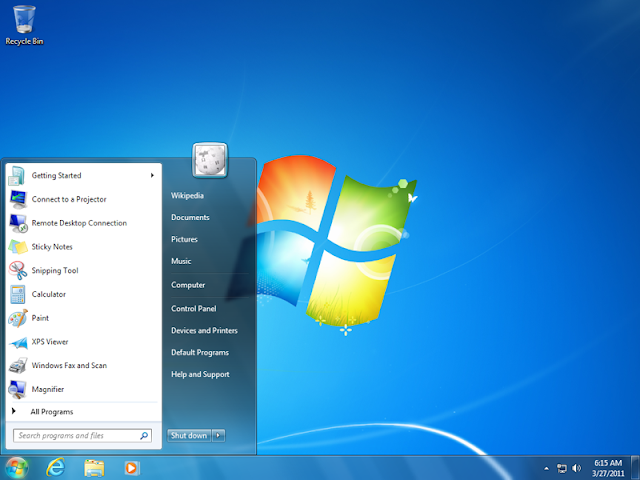 Unlike Windows Vista, which introduced a large number of new features, Windows 7 was intended to be a more focused, incremental upgrade to the Windows line, with the goal of being compatible with applications and hardware with which Windows Vista was already compatible. Presentations given by Microsoft in 2008 focused on multi-touch support, a redesigned Windows shell with a new taskbar, referred to as the Superbar, a home networking system called HomeGroup, and performance improvements. Some standard applications that have been included with prior releases of Microsoft Windows, including Windows Calendar, Windows Mail, Windows Movie Maker, and Windows Photo Gallery, are not included in Windows 7; most are instead offered separately at no charge as part of the Windows Live Essentials suite.

Even though of this great features everyone lags behind when it comes to buy a original software by spending huge bucks.

Here i will tell you how to make a windows genuine like that of purchased one by following only a few steps below:
NOTE: Please stop all windows updates to prevent auto detection and updations.
PLEASE BUY ORIGINAL SOFTWARE IF YOU HAVE MONEY.